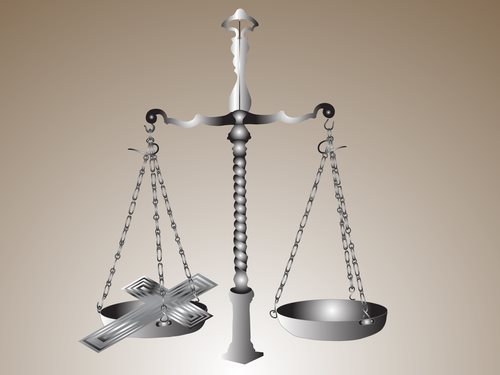 What is Canon Law?
Cannon law is the body of laws and regulations that are created or adopted for the government if the Christian Church, its organizations, and its members. Canon law is the internal ecclesiastical law, which governs the Catholic Church, including the Latin Rite and the Eastern Catholic Churches, the Oriental Orthodox Churches and the Anglican Communion of churches. Although Cannon law governs the aforementioned sects, each form of cannon law is interpreted, legislated and adjudicated based on the body’s individual beliefs.
Canon law acts as the internal law for the majority of Christian sects; it is not the “law” in the sense that is legally binding on all citizens; however, cannon law does establish a system of rules and regulations, along with a mechanism for holding trials and imposing penalties that are used within the Church. As a legal framework, Canon law is extremely old; the canon of the Roman Catholic Church is regarded as one of the oldest operating legal systems throughout the world.
Basic Principles of Canon Law:
Canon law is derived from a Greek word, meaning “council.” The internal law of the Church was developed by councils of religious scholars who aimed to establish basic rules that were attached to the inner-workings of the Catholic Church. As a result, Canon law encompasses everything from the activities of religious officials within the Church to the grounds for excommunication.
In addition, Canon law includes standards for trials and hearings that decide Church matters; members within the Church as all as high-ranking officials may be subject to the mandates set out in Canon law.
The first versions of Canon law were based on Roman law; when Christianity divided into various sects, the concept of Canon law was adopted by many of these sub-divisions of Christianity. The different sects adapted and changed the law to meet the specific needs of their faith. Numerous societies, in addition to the sects, also incorporated Canon law into their own legal systems; these drafters of Canon law also borrowed from the foundational aspects of basic civil and criminal law methodologies.
Canon law applications:
Canon law does not apply to those individuals who are not members of the Church. In addition, individual Christians may follow the principles latent in Cannon law to varying degrees; some Christians have disagreements with certain aspects of the Church law and have attempted to modernize the law to address various ethical issues.