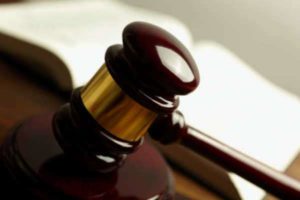 Common law
jurisdictions differ greatly from civil law jurisdictions. Common law places a
large amount of importance on precedent. Court cases are ruled by applying past
judgments to subsequent cases with similar circumstances. In these systems,
judges are able to essentially create law when ruling in cases of first
impression.

Cases of
first impression occur when the circumstances of a case are unique and there is
no existing precedent that can be applied to this case. When a judge rules on a
case of first impression in a common law system, this ruling will become law
and set a new precedent.

In civil law
systems, cases are ruled based on written civil legislation and code. This
means that judges have more freedom in interpreting legislation than in common
law systems, since their decisions are not based on precedents. It is sometimes
said that civil law systems are less predictable than common law systems. This
is because civil law is not based on precedence, thus giving parties involved
in lawsuits less of an ability to predict the outcome of their case.

Another major difference between civil law and
common law jurisdictions is the use of the adversarial or the inquisitorial
systems. Common law will utilize an adversarial system. This means that there
will be two sides of an argument that are represented by adversaries. These
adversaries will represent the interests of their clients and attempt to
influence an impartial judge and jury.

In an
inquisitorial system that is utilized in civil law jurisdictions, the judge is
actually involved in examining evidence that will lead to a decision. This is
different than an adversarial system in which the evidence is only presented to
the judge. A judge in a civil law system may be able to actually interrogate witnesses
and examine evidence. This means a judge is not an impartial party, but may be
biased based on evidence.

The way that legal academia is treated by the
legal system differs greatly between civil law and common law jurisdictions.
Under the common law, legal professionals’ treatises and academic findings are
often treated as support for a court’s decision. It is not generally treated as
the law itself. Academic writings may also be used as support for creating new
policy and in legal opinion. Legal opinion always accompanies a judge’s
decision and it is basically an explanation of a ruling. It will reference
prior court cases and legal treatises. In civil law jurisdictions, legal
writings are much more significant in judge’s rulings. These are often relied
upon in civil law to form judicial opinion.