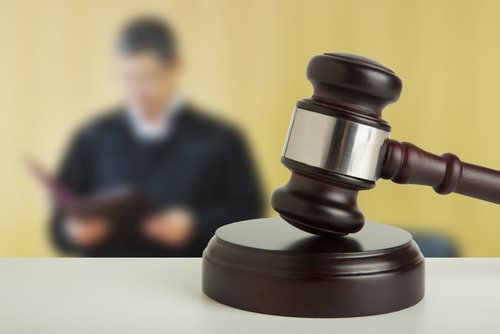 What is a Precedent?
A legal precedent is a previously-rendered legal decision that formally creates an existing legal ruling.  A legal precedent is derived from case or pas judicial decisions rendered in previously-heard legal cases. All precedents, unless overturned by a higher court or more recent decision, are legally binding and attached to legal matters given the presence of similarities in the underlining legal case.
In the United States, the majority of legal concepts are interpreted by judges or tribunals. This format, which encompasses a judicially-created legal scope, is referred to as common law. This sequence remains valid in legal matters unless the presiding legislature overrules it. Case law or common law can involve interpretations of statutes, legislation passed by the executive branch, an interpretation of a constitutional amendment, or decisions rendered in a case in which no statutory law is directly implied.
When a judge offers a decision on a legal matter, the case effectively becomes a legal precedent. This creation of a precedent can be attached and used to evaluate any following case—assuming the two cases share legal similarities or underlying characteristics. As a result of this relationship, individuals can evaluate a precedent to guide their behavior and legal professionals, such as attorneys, can look to precedent to better estimate how a case will be ruled.
Types of Precedent in the United States:
There are two basic types of precedent in the United States: persuasive and binding precedents. A binding precedent is one that must be followed in the court of law, whereas a persuasive precedent encompasses an interpretive aspect that can suggest a court of action.
When a court system, within a specific jurisdiction issues a ruling on a legal matter, it will issue a binding precedent on all other courts within that jurisdiction—the binding precedent must be followed at the same or lower level of the issuing court. For example, if a district court in Florida issues a ruling on a certain legal matter, all Florida district courts, and all courts within that jurisdiction that are below the district level, must follow that precedent and attach it to similar hearings.
A persuasive precedent, in contract, takes place when a court interprets a law and regards the decision as non-obligatory. A persuasive precedent typically arises when a court, from another jurisdiction, delivers a verdict that is subsequently observed by another court in a different jurisdiction. For example, a New Jersey court’s interpretation of a specific law is not binding in a Washington court; however, the ruling on a particular matter can be observed and act as a persuasive precedent.
Can a Precedent be altered?
In some cases, a legal precedent can be changed. The alteration of a precedent takes place when a higher court overrules the decision rendered in a lower court. In addition, a legal precedent can be altered if an executive branch of a state or the federal government over-rides the decision based on an infringement of constitutional law or government power. A precedent can be changed, for example, if the United States Supreme Court overrules a district court’s ruling; at this point the legal precedent delivered in the district court is no longer binding.

Facts You Must Know About Recognition of Common Law